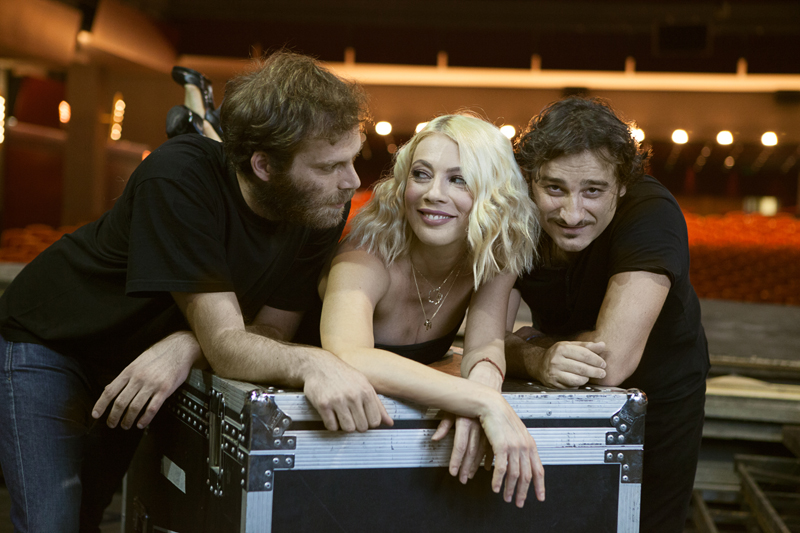 Smaragda Karidi, Vasilis Charalambopoulos and Omiros Poulakis are three talented and most known Greek actors. The location of the photoshoot is one of the most known theaters in Gr...
S

Smaragda Karidi, Vasilis Charalambopoulos and Omiros Poulakis are three talented and most known Greek actors. The location of the photoshoot is one of the most known theaters in Greece, Pallas Theater in Athens. The performance is Cyrano De Bergerac and the photoshoot is for K Magazine of Kathimerini newspaper.

There is one thing that i won’t forget from this photoshoot. I had about 2.ooo square meters that includes all the theater’s interior to work and plan my shoots before the actors come. After a lot of thinking I decide to go for two different shots. Both will be alternative but the first one also a bit glamourous. It is the one that includes all the theater’s main space on the background. The truth was that i didn’t felt enough comfortable with this shot. The background was very impressive but a bit busy and the attention wasn’t so mach on the actors faces. The background is very important element for the mood you want to create in every shot. So I decided to go for more minimal and alternative shots at the back of the stage with some props I found there and used.

Smaragda Karidi came first… Yes she is gorgeous!  She knows exactly how to stand and pose. She is a very good professional and artist. Then Omiros Poulakis came second. We we had a nice conversation for half an hour speaking about his work and this year performances in Athens. He is a very nice guy, friendly and cool! Like those people you thing you have already met them. Finally Vasilis Charalampopoulos, also one of the most known actors in Greece, mostly a comedian, came and everything was ready for the shot.

Group photos are more difficult even if you work with actors, because you have to consider about three people and how each one look like in the photo. If you have good communication with them, things are easier… The photos was published on 5 October 2013. Here are the selected ones.

Have you Ever Imagined a Wedding at Acropolis Athens?